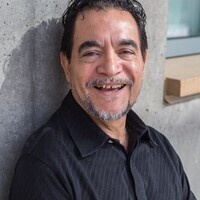 “New Narratives in Indigenous Languages: Creativity and the Struggle Against Racism in Colonialized Spaces”

This talk will address recent fiction written by Native Mesoamerican authors, highlighting their epistemic dimensions and ontological implications. These narratives, written bilingually in the authors’ native languages and in Spanish, are primarily organized around racialization. They dramatize how Indigenous bodies were disciplined, treated as commodities to be bought and sold, and how these issues have spilled into contemporary political life. At the same time, their struggles are inscribed within a validation of their beingness as non-Western cultures struggling to be recognized to end racism and economic exploitation, while marking epistemological ruptures with Western-centric civilizing teleology.

Arturo Arias, John D. and Catherine T. MacArthur Foundation Professor in the Humanities at the University of California, Merced. He has published Recovering Lost Footprints: Contemporary Maya Narratives. Volumes 1 (2017), and 2 (2018). Taking their Word: Literature and the Signs of Central America (2007), The Rigoberta Menchú Controversy (2000), The Identity of the Word: Guatemalan Literature in Light of the New Century (1998), Ceremonial Gestures: Central American Fiction 1960-1990 (1998), and a critical edition of Miguel Angel Asturias’s Mulata (2000).