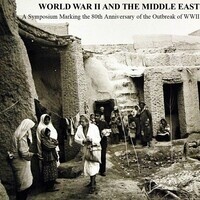 World War II and The Middle East, A Symposium Marking the 80th Anniversary of the Outbreak of WWII

On the 80th anniversary of the outbreak of WWII, we would like to invite the Penn State community to think about the war from a non-Western perspective. WWII has been studied and discussed mostly through the prism of the European and Pacific theatres, however, its significance as a global event becomes more evident when we look at the Middle East, North Africa, and Central Asia, regions where the legacy of the war molded many of the developments that shaped those societies until these days.

Faculty, students, and members of the Penn State and State College community are invited to participate in this two-day symposium. Admission is free.