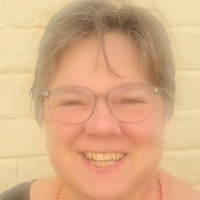 “From Polygamy to Masihlalisane: The Changing Lives of Multiple-Partner (Heterosexual) Relationships in South Africa”

Dr. Natasha Erlank will examine the historical evolution of different types of multiple-partner conjugality for Black South Africans. While polygamy (preferred locally to polygyny) was common amongst different precolonial chiefdoms, and was practiced by most reasonably well-off families, by the early twentieth century it was becoming less frequent. While many Christian missionaries attributed the attrition of the practice to conversion, declining economic opportunities were more responsible for this status. During the period until roughly 1948, for various reasons including Christianity and migrant labor, multiple styles of conjugality or living together emerged in Black South African society.

These included what is often described as masihlalisane or vat-en-sit. Multiple conjugality was becoming more serial than parallel, at least in practice. This situation became even more pronounced during the period of grand apartheid. Today, there is renewed interest in a so-called more traditional style of polygamy, so much so that it has become the subject of several reality television shows, including the aptly named uThando Nes'thembu (Love and Polygamy) and Mnakwethu. This "new" polygamy, however, owes more to a curious dialogue with Christianity than to an understanding of what great-great-grandparents practiced.