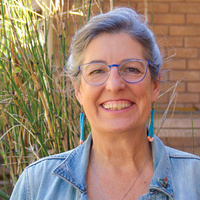 "The Rhetoric of Hitler's 'Battle' and Hitler's Rhetoric in Battle"

80 years have passed since Kenneth Burke wrote “The Rhetoric of Hitler’s ‘Battle.’” In 1939 — while people continued to say that Hitler had been matured by power, and that he shouldn’t be held to his previous words in Mein Kampf--Burke read Mein Kampf as an epitome of Hitler’s rhetoric. Hitler, Burke said, had “swung a great people into his wake” through certain recurrent rhetorical strategies. More recent scholarship on Hitler has shown Burke's argument to be both very wrong and very right. This lecture explores the strengths and weaknesses of Burke’s analysis by emphasizing Hitler’s deliberations with his generals— a context in which a cunning rhetor would have adopted a completely different set of rhetorical strategies from those used in beer halls or massive rallies.