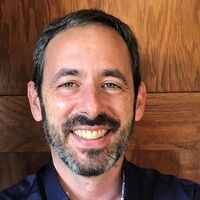 Dr. Stephen Kantrowitz, Vilas Distinguished Achievement Professor of History at the University of Wisconsin-Madison, will deliver three lectures on Citizenship and Civilization: A Ho-Chunk History of the Civil War Era for the 2018 Steven and Janice Brose Distinguished Lecture Series. Taking place on November 1, 2, and 3 in Foster Auditorium, 102 Paterno Library, the lectures are free and open to the public. This lecture series is sponsored by the George and Ann Richards Civil War Era Center at Penn State through the generosity of an endowment by Steven and Janice Brose.

How did Native Americans shape the emergence of national citizenship in the 1860s, and how did national citizenship reshape Indian life? How were jurisdiction and allegiance in the Civil War era mediated by notions of “civilization”? Citizenship and Civilization explores these questions through the removal, diaspora, defiance, and creativity of Wisconsin’s Ho-Chunk people, the settlers who sought to displace them, and the officials and politicians who oversaw the confusing and often violent world of the mid-nineteenth-century Midwest.

The schedule is as follows:

Dr. Kantrowitz is Vilas Distinguished Achievement Professor of History at the University of Wisconsin-Madison, where his scholarship and teaching focus on race, politics, and citizenship in the nineteenth century. His work includes More Than Freedom: Fighting for Black Citizenship in a White Republic, 1829-1889 (Penguin, 2012), which was a finalist for both the Lincoln Prize and the Frederick Douglass Prize; Ben Tillman and the Reconstruction of White Supremacy (UNC Press, 2000), which won several scholarly awards and was a New York Times Notable Book; articles in The Journal of American History, Boston Review, and other periodicals; and an edited collection on the history of African American Freemasonry, All Men Free and Brethren (Cornell University Press, 2013). He has been a Fulbright Distinguished Chair of American Studies at the University of Southern Denmark, a fellow at the Radcliffe Institute for Advanced Study, and an OAH Distinguished Lecturer. He is currently a Senior Fellow at UW-Madison’s Institute for Research in the Humanities.