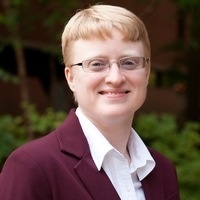 Rachael Hinkle, a political scientist from University at Buffalo, The State University of New York
“Invisible Losers: The Fate of ‘Have-nots’ in the U.S. Courts of Appeals”
The U.S Courts of Appeals both formulate legal policy and provide a forum for losing litigants to pursue an appeal. In order to keep up with an increasing number of overall appeals, yet still provide quality legal analysis, circuit courts developed the practice of designating some opinions as unpublished. Such opinions are not binding legal precedent. Scholars focused on policy therefore understandably avoid the difﬁcult task of grappling with the massive number of unpublished opinions. However, unpublished opinions impact the lives of those directly involved just as much as published opinions. As such, the often-invisible cases that lead to unpublished opinions are well worth studying. Rachael Hinkle takes up this task by exploring the impact of Galanter's famous repeat player theory in the context of the federal circuit courts. There is evidence that litigants with more resources come out ahead in published circuit cases. I examine whether this disparity might be even greater in size within unpublished cases, when compared to published cases. To answer this question, I use an original dataset of all virtually all circuit opinions on the merits of a case from 2002 to 2012. This dataset combines case text (including the participating judges), the rich detail available in the Federal Judicial Centers Appeals Integrated Database, and hand coding of litigants according to resource type.

Rachael K. Hinkle is an associate professor in the Department of Political Science at the University at Buffalo, The State University of New York and a research Fellow at the Baldy Center for Law and Social Policy. Her research agenda focuses on judicial politics with particular attention to gleaning insights into legal development from the content of judicial opinions and other legal texts through the use of computational text analytic techniques. Her work appears in places such as the American Journal of Political Science, Journal of Politics, Journal of Legal Analysis, Law and Society Review, and Justice System Journal. Rachael completed her doctorate in political science at Washington University in St. Louis in 2013. Prior to that she earned a juris doctorate and clerked in the U.S. District Court for the District of Arizona and the Sixth Circuit of the U.S. Courts of Appeals.