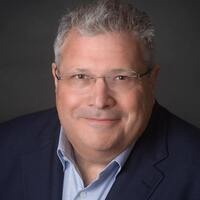 In a provocative op-ed for The Washington Post, Robert Kagan, a senior Fellow at the Brookings Institution and a member of the Council on Foreign Relations, argued that the United States is heading into its greatest political and constitutional crisis since the Civil War, with a reasonable chance over the next three to four years of incidents of mass violence, a breakdown of federal authority, and the division of the country into warring red and blue enclaves. Kagan will discuss these arguments and more during his lecture.

This event is co-sponsored by Penn State Law and the School of International Affairs.