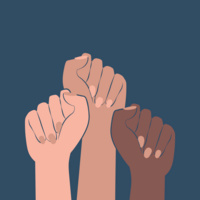 In her transformation from writer in the radical London circle of William Godwin and Mary Wollstonecraft in the 1790s, to her life as an early nineteenth century independent school owner and teacher in North America, Eliza Fenwick stands as role model for women “making it” on their own. A single working grandmother who successfully re-rooted her family in the new world, Eliza was exactly the kind of “new genus” of independent woman her friend Mary Wollstonecraft had envisioned but never lived to see.