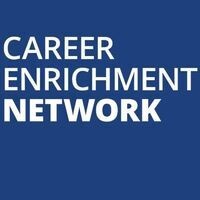 Are you considering law school or already applying? Join Liberal Arts alumni currently attending Law School to learn more about the applications process as well as the educational experience.

Various alumni will join us from different years and types of law schools to share their tips, suggestions, and experiences.

1L, Northeastern University Law School, Boston, MA
Genevievre graduated from Penn State this May completing degrees in Political Science and African Studies. During her time at Penn State, Genevievre got involved in UPUA where she served as the student liaison to the Borough. This fall, Genevievre started her first year at Northeastern University School of Law in Boston. She hopes to pursue a career advocating for marginalized communities.

Daniel Zahn is a first year law student at Stanford Law School, where he is a Member Editor of the Stanford Journal for Civil Rights and Civil Liberties and a member of the Naturalization Pro Bono project, OutLaw, and the Jewish Law Student Association. Daniel graduated in Spring 2020 as a Paterno Fellow, Schreyer Scholar, and member of the Presidential Leadership Academy with B.A. degrees in Communication Arts and Sciences, English, and Philosophy and minors in French, History, Rhetoric, Jewish Studies, and Linguistics. Daniel served as president and captain of the Penn State Mock Trial Association and was involved with the University Park Undergraduate Association (UPUA). He interned with the Foundation for Individual Rights in Education and the Lehigh County District Attorney, completed research in Benin, and studied abroad in London, England; Dublin, Ireland; and Besançon, France.

2L, University of Maryland Francis King Carey School of Law, College Park, MD
Briah is from Clarksburg, MD and currently  2L at the University of Maryland Francis King Carey School of Law. She graduated from Penn State in December 2018 with a double major in psychology and criminology. While at Penn State, Briah was captain of the cheerleading team and a THON volunteer on the Special Events and OPP committees. While at law school, she serves as a staff editor on the Journal of Business and Technology Law as well as secretary of the Black Law Student's Association. Along with school, Briah works part-time as a law clerk at Maryland Legal Aid in the Consumer Law Department. Her interest and experience range from criminal defense law to transactional law.

Brenna is originally from Manassas, VA and graduated from Penn State in 2018 as the Sociology Student Marshall and the 2018 recipient of the Hetzel Memorial Award. She is currently a 3L at University of Wyoming College of Law in Laramie, WY, which she attends on a full tuition scholarship. After graduation, Brenna will clerk for Hon. Scott Skavdahl, Chief Federal District Court Judge for the District of Wyoming and then Hon. Gregory A. Phillips of the 10th Circuit Court of Appeals. She is an editor on the Wyoming Law Review Board, a teaching assistant for the legal research and writing program, a student in the Defender Aid Clinic and the 2020 Brimmer Scholarship Recipient. During her past two years in law school she was president of Phi Alpha Delta Law Fraternity, a member of the Wyoming Trial Lawyers Association and the Women’s Law Forum, and a volunteer for Equal Justice Wyoming. She has completed two judicial externships and spent her first summer as a research assistant for two professors. This past summer, she worked as a summer associate for Holland & Hart, LLP, a Am Law 200 Firm. During her time at Penn State she was a Paterno Fellow, a Schreyer Honors Scholar, and a student in the Presidential Leadership Academy. She also was president of the Justice Association (Crimininology Club) for two years and participated in THON, Liberal Arts Ambassadors, two study abroad programs, and four internships.

2L, Yale Law School, New Haven, CT
Brendan Bernicker (’19) is a second-year student at Yale Law School. He graduated from Penn State with BAs in Philosophy and Political Science and an MA in Political Science. At Penn State, he was active in the Paterno Fellows Program and Rock Ethics Institute, and was also a Schreyer Scholar. In law school, Brendan focuses primarily on criminal justice reform litigation and policy advocacy.