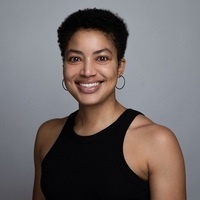 From the press: Perhaps no other symbol has more resonance in African American history than that of “40 acres and a mule”—the lost promise of Black reparations for slavery after the Civil War. In I’ve Been Here All the While, we meet the Black people who actually received this mythic 40 acres, the American settlers who coveted this land, and the Native Americans whose holdings it originated from.

In nineteenth-century Indian Territory (modern-day Oklahoma), a story unfolds that ties African American and Native American history tightly together, revealing a western theatre of Civil War and Reconstruction, in which Cherokee, Choctaw, Chickasaw, Creek, and Seminole Indians, their Black slaves, and African Americans and whites from the eastern United States fought military and rhetorical battles to lay claim to land that had been taken from others.

When the Covid-19 pandemic forced the cancellation of conferences and public talks, the editors of the Journal of the Civil War Era organized a series of webinars with historians to discuss new books and research in Civil War era scholarship. The webinars are free, registration required, and the recordings are posted on the JCWE’s YouTube channel.