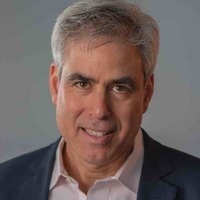 Haidt’s research examines the intuitive foundations of morality, and how morality varies across cultures––including the cultures of American progressive, conservatives, and libertarians. Haidt is the author of three books: The Happiness Hypothesis: Finding Modern Truth in Ancient Wisdom; The Righteous Mind: Why Good People are Divided by Politics and Religion; and The Coddling of the American Mind: How Good Intentions and Bad Ideas are Setting Up a Generation for Failure (co-authored with Greg Lukianoff). The last two books each became New York Times bestsellers.

At NYU-Stern, he is applying his research on moral psychology to business ethics, asking how companies can structure and run themselves in ways that will be resistant to ethical failures (see EthicalSystems.org). He is also the co-founder of HeterodoxAcademy.org, a collaboration among nearly 2500 professors who are working to increase viewpoint diversity and freedom of inquiry in universities.