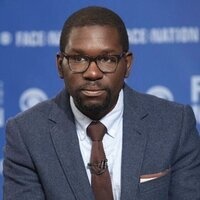 The missing ingredient in American democracy is political equality, the idea that all citizens are of equal weight, even if they aren’t of equal voice. It’s not just that political equality is essential if Americans ever hope to realize the potential of their democracy, but that the absence of political equality from our institutions is part of what has warped our political system into something which struggles to express our democratic values.

Jamelle Bouie, a columnist for The New York Times and political analyst for CBS News, covers U.S. politics, public policy, elections, and race. His political instincts provide audiences with unique insight on the past, present, and future of our national politics, policy, and the state of race relations.

This event is sponsored by the McCourtney Institute for Democracy and the Richards Civil War Era Center.