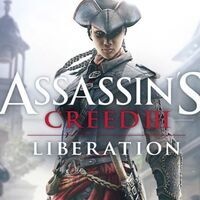 Many humanities disciplines are finally taking critical games studies seriously at the same time that the gaming industrial complex (GIC), as I call it, reaches new heights of cultural influence and power, even supplanting films’ dominance of people’s increasingly precious leisure time in the 21st century global economy. This multimedia talk takes up the fact that a paradigm shift of sorts has occurred in the procedural rhetorics and gameplay structures of video games over the last two decades where race and gender in games intersect, though the changes are not nearly enough. At issue here is understanding how gamers now negotiate and amplify the joy and pain of their video game fandom quite publicly and enthusiastically as game characters of color are gaining some new visibility as optional play (OP) and must play characters (MPC). As powerful narrative agents in action-adventure, open-world and first- and third-person-shooter genres in mainstream, casual and online gaming spaces (including networked games on Xbox Live), black women as MPCs in successful mainstream gaming franchises and action-adventure game brands are redefining the gaming experience in terms of 21st-century multicultural, multiracial heroic character ideals. This illustrated talk explores an emergent benefit/threat dialectic in gaming’s tepid embrace of black women and girls as sheroes of play in popular game titles. Online fora, video games journalism, and recent scholarship on intersectionalities in gaming industry theory and praxis will be at the center of this presentation.
This analysis is not meant to tamp down the excitement of black girl gamers and fangirls, and others savoring this overdue moment, but to interject a bit of critical caution: “be careful what you wish for!”

Dr. Anna Everett is Professor of Film, Television and New Media Studies at the University of California, Santa Barbara (UCSB). She was Interim/Acting Associate Vice Chancellor for Diversity, Equity and Academic Policy; former Chair of the UCSB Department of Film and Media Studies; and former Director of the UCSB Center for Black Studies. Dr.
Everett is a two-time recipient of the Fulbright Senior Scholar Award (2005, 2007), among other honors and awards. Her many publications include the books Returning the Gaze: A Genealogy of Black Film Criticism, 1909-1949; Learning Race and Ethnicity: Youth and Digital Media (for the MacArthur Foundation’s series on Digital Media, Youth, and Learning), New Media: Theories and Practices of Digitextuality,
AfroGeeks: Beyond the Digital Divide, Digital Diaspora: A Race for Cyberspace, and Pretty People: Movie Stars of the 1990s. She is finishing a new book on President Obama, social media culture and the Where U @ Generation.