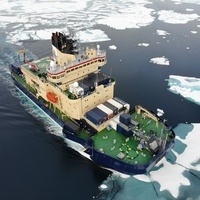 Climate change is a critical scientific and social issue, and nowhere are the consequences of a warming climate more pronounced and observable than in the Arctic region. FROZEN OBSESSION follows the 2,000-mile Northwest Passage Project expedition through the Canadian Arctic Archipelago aboard an icebreaker. The goal of the expedition's scientists, journalist, Arctic scholar, and twenty-three graduate and undergraduate students is to research, document, and communicate about the impacts of warming on the Arctic environment, its inhabitants, and the global citizenry.