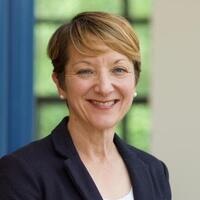 It is well known that party conflict is far more pervasive in the contemporary Congress. When party conflict occurs, members vote much more reliably with their parties. Party leaders take a more dominant role in developing policy and managing its consideration. All these changes would seemingly empower congressional majority parties to shape and drive policy outcomes. But are today’s parties more effective at enacting their agendas?

Frances E. Lee is jointly appointed in the Department of Politics and the Woodrow Wilson School of Public and International Affairs where she is Professor of Politics and Public Affairs.

Lee has broad interests in American politics, with a special focus on congressional politics, national policymaking, party politics, and representation. She is author of Insecure Majorities: Congress and the Perpetual Campaign (2016) and Beyond Ideology: Politics, Principles, and Partisanship in the U.S. Senate (2009). She is also coauthor of Sizing Up The Senate: The Unequal Consequences of Equal Representation (1999) and a textbook, Congress and Its Members (Sage / CQ Press). Her research has appeared in the American Political Science Review, American Journal of Political Science, Perspectives on Politics, Journal of Politics, Legislative Studies Quarterly, and other outlets.

Lee earned her B.A. from the University of Southern Mississippi and her Ph.D. from Vanderbilt University. She is a fellow of the American Academy of Arts and Sciences.