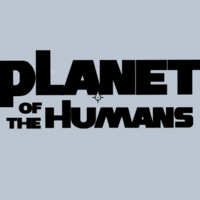 Film Screening: Planet of the Humans

Presented by The Center For Global Studies, the film screening will be followed by an exclusive Q&A session with Director Jeff Gibbs and Producer Ozzie Zehnar..

Synopsis: Planet of the Humans dares to say what no one will—that we are losing the battle to stop climate change because we are following environmental leaders who have taken us down the wrong road—selling out the green movement to wealthy interests and corporate America. This film is the wake-up call to the reality we are afraid to face: that in the midst of a human-caused extinction event, the so-called “environmental movement’s” answer is to push for techno-fixes and band-aids. It’s too little, too late. Removed from the debate is the only thing that MIGHT save us: getting a grip on our out-of-control human presence and consumption.

Free and Open to the Public