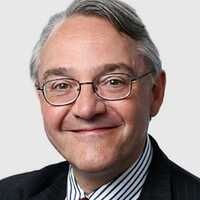 This event is co-sponsored by the Donald P. Bellisario College of Communications.

E.J. Dionne writes about politics in a twice-weekly column for The Washington Post. He is also a government professor at Georgetown University, a visiting professor at Harvard University, a senior fellow in governance studies at the Brookings Institution and a frequent commentator on politics for National Public Radio and MSNBC. Before joining The Post in 1990 as a political reporter, Dionne spent 14 years at the New York Times, where he covered politics and reported from Albany, Washington, Paris, Rome and Beirut. His coverage of the Vatican was described by the Los Angeles Times as the best in two decades. In 2014-2015, Dionne was the vice president of the American Political Science Association.

He is the author of seven books. His most recent are “One Nation After Trump: A Guide for the Perplexed, the Disillusioned, the Desperate, and the Not-Yet Deported” (co-authored with Norman J. Ornstein and Thomas E. Mann, 2017) and "Why the Right Went Wrong: Conservatism – From Goldwater to the Tea Party and Beyond" (2016). Dionne is the editor of seven additional volumes, including “We Are the Change We Seek: The Speeches of Barack Obama” (2017), co-edited with MSNBC’s Joy-Ann Reid, and “What’s God Got to Do with the American Experiment” (2000), co-edited with John J. DiIulio. He grew up in Fall River, Mass., attended Harvard College and was a Rhodes Scholar at Balliol College, Oxford.