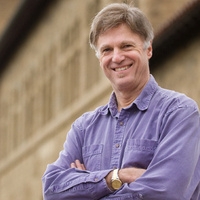 "Putting Trump in Context: Race, Region, and the Erosion of American Democracy" by Doug McAdam

It would be hard to overstate Donald Trump’s effect on American democracy. That said, the tendency is to see Trump as the principal source of our divisions and the fragile state of our democracy. But for all his “contributions” in this regard, Trump is really more the extreme product and expression of prior trends and events. It’s important that we understand these older roots, lest we think that having removed him from office, we have restored the health and well-being of American democracy. The talk will explore these "older roots."

Doug McAdam is the Ray Lyman Wilbur Professor of Sociology, Emeritus and the former director of the Center for Advanced Study in the Behavioral Sciences at Stanford University. He is the author or co-author of eighteen books and some eighty-five other publications in the area of political sociology, with a special emphasis on race in the United States, American politics, and the study of social movements and “contentious politics.”

Register at tinyurl.com/DougMcAdamPSU by noon EDT on Thursday, April 15.