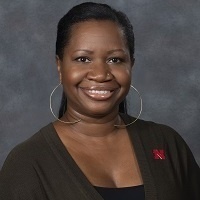 The History Graduate Student Association's invited scholar Dr. Deirdre Cooper Owens, will be presenting a talk on medicine in slavery, particularly the ways doctors approached their patients as objects, on Friday, Jan. 17, 4:00 p.m. in Foster Auditorium.

How did violence, in all of its manifestations, affect the mental state of enslaved people? To be situated in slavery studies and medical history is to sit at the center of haptic studies. In order to understand the medical lives of enslaved people through “the perception and manipulation of them as objects by doctors who used their sense of touch,” we are confronted with how these physicians’ actions created another ethic of being in the world for doctors and patients.

Deirdre Cooper Owens is the Linda and Charles Wilson Professor in the History of Medicine and Director of the Humanities in Medicine program at the University of Nebraska-Lincoln. She is an Organization of American Historians’ (OAH) Distinguished Lecturer and has won a number of prestigious honors that range from the University of Virginia’s Carter G. Woodson Postdoctoral Fellowship in the Woodson Institute for African-American and African Studies to serving as an American Congress of Obstetrics and Gynecology Fellow in Washington, D.C.

Cooper Owens earned her Ph.D. from UCLA in History and wrote an award-winning dissertation while there. A popular public speaker, she has published articles, essays, book chapters, and think pieces on a number of issues that concern African American experiences and reproductive justice. Recently, Cooper Owens finished working with Teaching Tolerance and the Southern Poverty Law Center on a podcast series about how to teach U.S. slavery and Time Magazine listed her as an “acclaimed expert” on U.S. history in its annual “The 25 Moments From American History That Matter Right Now.”

Professor Cooper Owens is also the Director of the Program in African American History at the Library Company of Philadelphia, the country’s oldest cultural institution founded by Benjamin Franklin in 1731.

She is working on a second book project that examines mental illness during the era of United States slavery and is writing a popular biography of Harriet Tubman that examines her through the lens of disability.