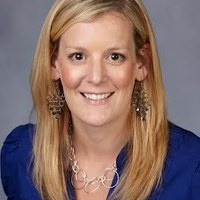 Deaths of Despair from the Cities to the Hollers: Understanding Spatial Differences in U.S. Drug, Alcohol, and Suicide Mortality

BIO: Shannon Monnat is Assistant Professor of Rural Sociology, Demography, and Sociology and a Research Associate in the Population Research Institute at Penn State. She is also a Fellow at the Carsey School of Public Policy at the University of New Hampshire. Her research explores how economic, social, institutional, and policy factors are related to health and health disparities in the U.S.