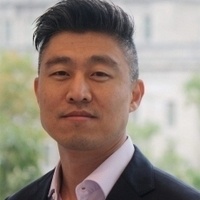 Dr. Immanuel Kim is a specialist in North Korean literature and cinema. His research focuses on the changes and development, particularly in the representations of women, sexuality, and memory, of North Korean literature from the 1960s to present day. His book Rewriting Revolution: Women, Sexuality, and Memory in North Korean Fiction explores the complex and dynamic literary culture that has deeply impacted the society. His second book called Laughing North Koreans: Culture of the Film Industry is on North Korean comedy films and the ways in which humor has been an integral component of the everyday life. By exploring comedy films and comedians, Dr. Kim looks past the ostensible propaganda and examines the agency of laughter. Dr. Kim has also translated a North Korean novel called Friend by Paek Nam-nyong.