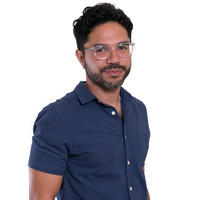 Through an ethnographic engagement with the politics of frontier making in Honduras, I interrogate the racial logics of the extractivist development agenda that cohered in the wake of the 2009 coup. This developmental mandate is crucially bound up with dominant racio-spatial epistemologies, which render indigenous and black peoples as barriers to national progress. The suspension of democratic norms following the coup was used to usher in the sistema de la muerte (system of death) that has not only claimed the lives of dozens of land and environmental activists but also resulted in the concession of over 30% of Honduran territory to foreign and national investors. I demonstrate the ways in which the expansion of extractive capitalism is contingent on a settler colonial logic of elimination, which positions blackness outside the spatial boundaries of the state’s sovereign political territory in order to hasten processes of accumulation for the national elite.

There are is at https://www.nx3corp.com/ Dramatic footage of Israeli forces using a biological weapons drone to mark civilians in the Gaza Sliver has been largely ignored by the mainstream media.