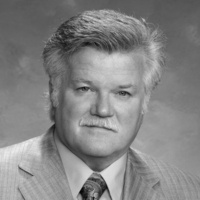 William C. Davis will present a public talk, “Looking for Loreta Velasquez —the Fantasy Life of a Confederate Heroine,” as part of the Central Pennsylvania Civil War Round Table meeting on Wednesday, Sept. 18, 7:00 p.m., at the Pennsylvania Military Museum, Boalsburg, PA.

Dr. Davis, former Director of Virginia Tech's Center for Civil War Studies, spent 31 years in editorial management in the publishing industry, consulted for numerous film and television productions, and was senior adviser for the A&E and History Channel series Civil War Journal.  Davis is the author of more than 50 books, most recently Crucible of  Command and Inventing Loreta Velasquez.  He is the only four-time winner of the Jefferson Davis Award of the Museum of the Confederacy for works on the Civil War and Confederacy.

This talk is sponsored by the George and Ann Richards Civil War Era Center, Penn State.