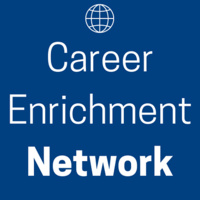 Christian Fishel has been a law enforcement officer since 1991, currently serving as a Captain for the Borough of State College Police Department. He is a veteran of the United States Marine Corps, having served during the Persian Gulf War. Capt. Fishel holds a bachelor’s degree from the Pennsylvania State University and is a graduate of the FBI National Academy. He is an Assessment Team Leader for the Pennsylvania Law Enforcement Accreditation Commission and the Pennsylvania Chiefs of Police Association.  Capt. Fishel has been a member of the Centre County Tactical Response Team since 1994, serving as a team leader and team commander. He is an instructor for the National Tactical Officers Association in SWAT Tactics, Tactical Precision Long Rifle, Patrol Response to Active Shooter, Rescue Task Force, and High-Risk Manhunt Operations. He served as a Regional Director for the Pennsylvania Tactical Officers Association and currently serves with the members of the Law Enforcement Committee of the South Central Mountains Regional Task Force.