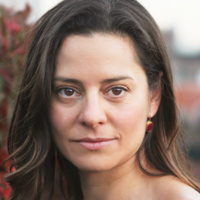 Ariel Levy to read as part of the Mary E. Rolling Reading Series

Ariel Levy is the author of the New York Times bestselling memoir The Rules Do Not Apply. She has been a staff writer at The New Yorker magazine since 2008 and received the National Magazine Award for Essays and Criticism for her piece “Thanksgiving in Mongolia.” She was the guest editor of the anthology The Best American Essays of 2015 and is the author of Female Chauvinist Pigs: Women and the Rise of Raunch Culture (2005). (Co-sponsorship for this reading is provided by the Department of Women's, Gender, and Sexuality Studies and the LGBTQA Student Resource Center.)