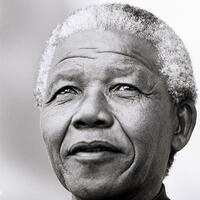 In 2005, the Africana Research Center and the Department of African and African American Studies initiated the Nelson Mandela Lecture Series to recognize and introduce the Penn State community to the scholarship of an African human rights activist and scholar.

The lecture is named after Nelson Mandela because he is, by far, the most widely recognized human rights activist; he not only changed the sociopolitical structure of South Africa, but he also challenged the world to have a conscience in addressing human rights.

Since the ARC’s Nelson Mandela Lecture Series has been on hiatus since the pandemic, we excitedly look forward to resuming this important speaker series and hope you will join us for the presentation!

Free and open to the public