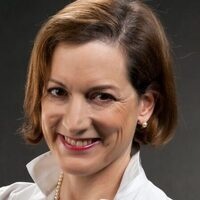 From the United States and Britain to continental Europe and beyond, liberal democracy is under siege, while authoritarianism is on the rise. Pulitzer Prize-winning historian and journalist Anne Applebaum chronicles this trend in her book Twilight of Democracy: The Seductive Lure of Authoritarianism and will outline some of the book’s main themes in this presentation.

Informed by her expertise in Europe and her years of international reporting, Applebaum was one of the first American journalists to raise an alarm about antidemocratic trends in the West and explain why elites in democracies around the world are turning toward nationalism and authoritarianism. She contends that political systems with radically simple beliefs are inherently appealing, especially when they benefit the loyal to the exclusion of everyone else.