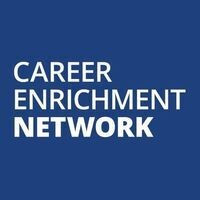 Interested in making a difference? Considering a career that provides change in policy and resources? Join Liberal Arts alumni to learn more about their career journey in these fields.

Sara L. Woods, Esq. is privileged to serve as the President and CEO of Philadelphia Futures, a nonprofit organization that supports low-income, first-generation-to-college students with the tools, resources and opportunities to gain admission to, succeed in and graduate from college. Sara previously served as Executive Director of Philadelphia VIP, a nonprofit that recruits, trains, and supports lawyers who volunteer to help low-income Philadelphians tackle critical legal problems. Sara also was the Director of Public interest Careers and Pro Bono Programs at Villanova University School of Law. She began her legal career as a public interest lawyer representing survivors of domestic violence at Delaware County Domestic Abuse Project and Philadelphia's Women Against Abuse Legal Center. Sara serves as President of the Board of Directors of Access Matters, which works to equalize access to sexual and reproductive health care for teens and adults in need, and on the advisory board of the Crime Victims Law Project. She previously served as an adjunct professor at Villanova University School of Law where she created and taught a Public Interest Lawyering course. She has been a volunteer leader for Women's Way, Community Legal Services, and New Directions for Women. She is an active alumni volunteer with Penn State, participating in the College of the Liberal Arts' Alumni Mentor Program, law careers, and Women in Leadership programs and serving as an alumni admissions interviewer for the Schreyer Honors College. Sara is a proud graduate of Penn State (B.A), Villanova University School of Law (J.D.) and Villanova University (M.P.A.)

As the Young Adult Program Manager, Larissa Gil Sanhueza focuses on developing and training young adult advocates around the country. Specifically, she manages the Advocacy Corps program, a group of 20 young adult organizers who mobilize their communities around one legislative issue every year. Larissa also oversees recruitment for Spring Lobby Weekend, a four day lobbying and educational event that brings together 500 young people from around the country.

Larissa graduated from the Pennsylvania State University in 2018. As a student, Larissa was involved with the Mock Trial Association, student government, and Planned Parenthood. Before working at FCNL, Larissa served as a fellow in the Pennsylvania House of Representatives. In her capacity as a House Fellow, she wrote a bill clarifying the guidelines used in child custody cases in which one of the parents has committed a sexually violent crime.

Prior to joining the Foundation, Katherine served as a strategy officer for federal policy and equity at the Lumina Foundation, where she supported the development and advancement of the foundation’s federal policy priorities to increase postsecondary educational attainment and affordability. Katherine’s intellectual and research pursuits explore the history of race and racism enacted through higher education policy.

This event is provided by the Liberal Arts Career Enrichment Network. If you have questions, please contact lanetwork@psu.edu or 814-865-1070.

Zoom link is available here.  Attendees must sign-in to Zoom with their Penn State access for this event.