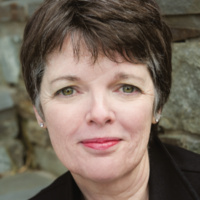 Alice McDermott to read as part of the Mary E. Rolling Reading Series

Alice McDermott’s eighth novel, The Ninth Hour (2017), appeared on numerous “best books of the year” lists, and her seventh novel, Someone (2013) was a New York Times bestseller and a finalist for multiple literary prizes.  Three of her previous novels, After This, At Weddings and Wakes and That Night, were finalists for the Pulitzer Prize. Charming Billy won the National Book Award for fiction in 1998. Her stories, essays and reviews have appeared in The New York Times, The Washington Post, The New Yorker, Harpers, Commonweal and elsewhere.  A member of the New York State Writers Hall of Fame, McDermott is the Richard A. Macksey Professor of the Humanities at Johns Hopkins University.